Having passed the midpoint of our tour at approximately midnight last night, we get up early this morning and start packing for the next leg. The policeman is at home, and we communicate with him via the translator app on his phone (if you think WE finally had access to wi-fi, you didn’t read the Cliffs Notes). I enter “I hope we didn’t inconvenience you too much”, having had the distinct impression that we did. But he replies “No, not at all”. Perhaps he actually means it.

As we’re making our exit, we again have issues with the front door, which obviously he managed to get closed last night. He indicates that he’ll take care of it. We say arrivederle, and we’re on our way.

The train into Naples is extremely crowded, making a can of sardines look like a Montana ranch in comparison. An employee of the railroad even gets on and starts herding the sardines farther back so more can get on.

The station at Naples, the most hectic train station we’ve ever encountered, has at least one redeeming grace. There’s a piano on the platform, just as in Paris. We notice it because a fellow is seated at it deftly rendering Beethoven’s Turkish Rondo, followed by Rimsky-Korsakov’s Flight of the Bumblebee.

Again we have a spiffy first class car with beverage included. Along with some quaint glimpses of the Italian countryside.

Shortly after noon, we pull into Florence, and make our way about 2 blocks to our home for the night. This is a (nearly) last-minute replacement for our original booking, which cancelled just a few days ago. Our host, Giulio, is a pleasant fellow who speaks pretty good English and makes us feel quite welcome. He’s a musician, and says that he normally plays the guitar and sings for his guests, but he’s going to have to bow out this time because he has a cold.

Stashing most of our gear and grabbing some lunch to have on the run, we stroll a few blocks to the historic heart of the city, the Piazza del Duomo. It’s been said that this  amazing city block was the de facto inception point of the Renaissance. 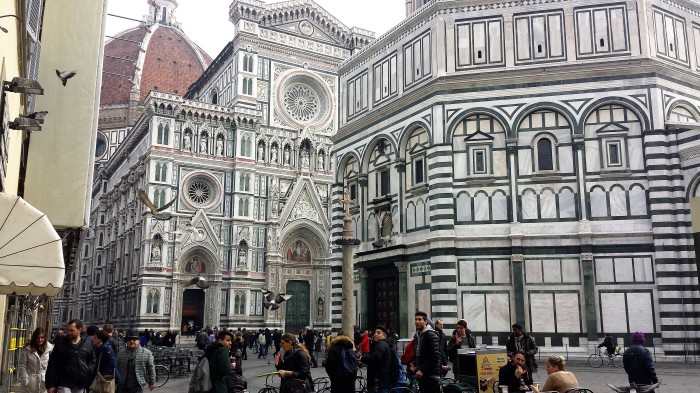 The centerpiece of the square is Il Duomo — the dome. Yes THE dome, the one that inspired later domedom all across Europe and the Americas, including the capitol building in Washington.

It was completed in 1436, the crowning glory of the cathedral that was started in 1296. 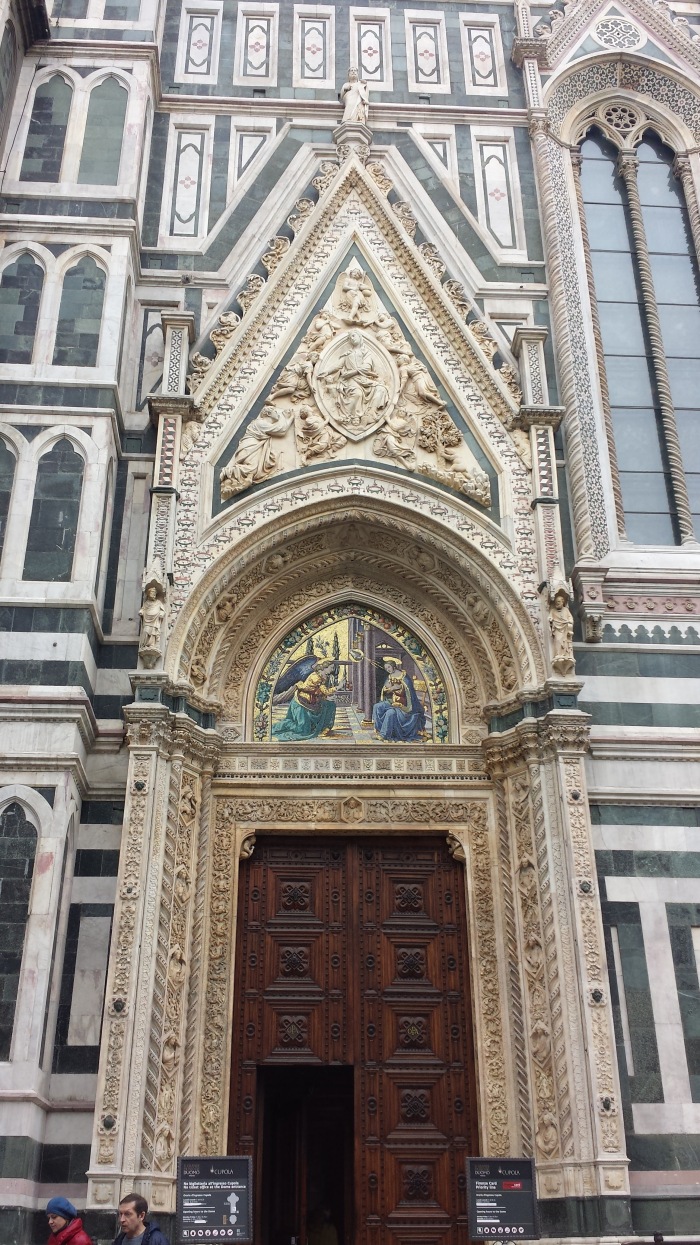 The cathedral’s design and coloration surely reminds everyone of a wedding cake.

With a few rather un-nuptial figures added.

Beside the cathedral is the 277-ft. campanile with 7 bells that was begun by the Renaissance master Giotto in 1334 and finished by his successors in 1359 — Giotto had died by then. 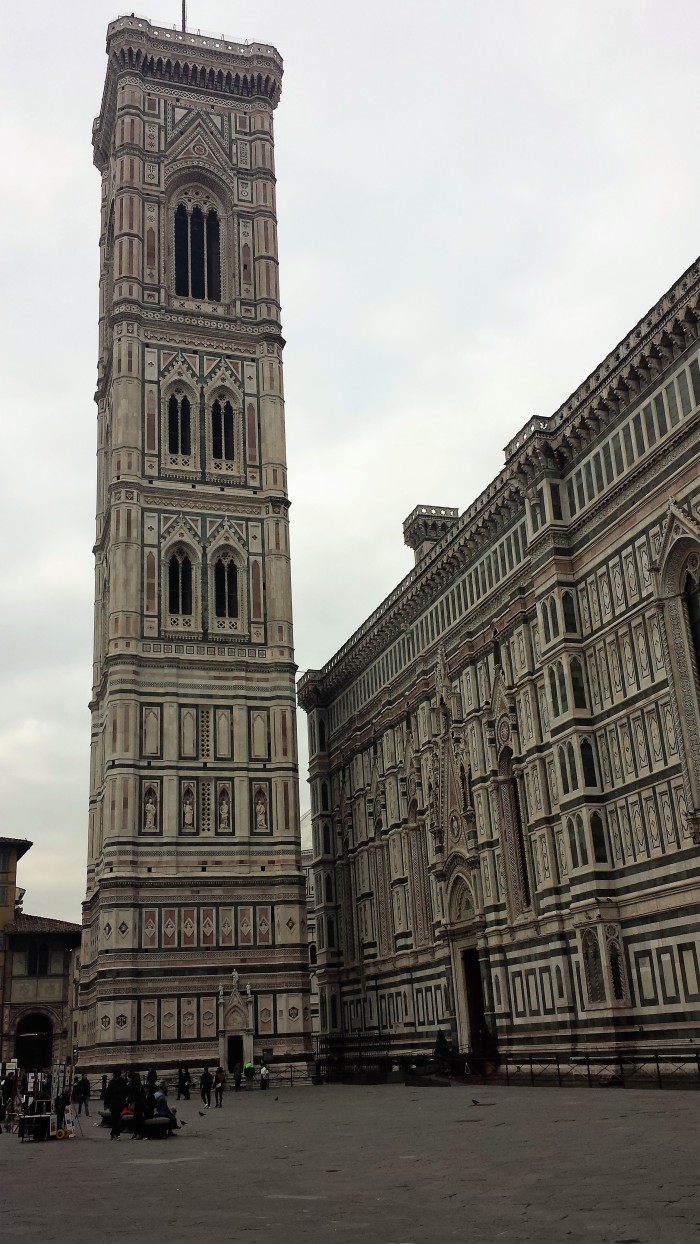 Nearby is the Baptistery Of St. John, which is even older than the cathedral or the campanile, having been completed in 1128.

And this baptistery features The Gates Of Paradise, the legendary doors designed by Lorenzo Ghiberti. (1378-1455). 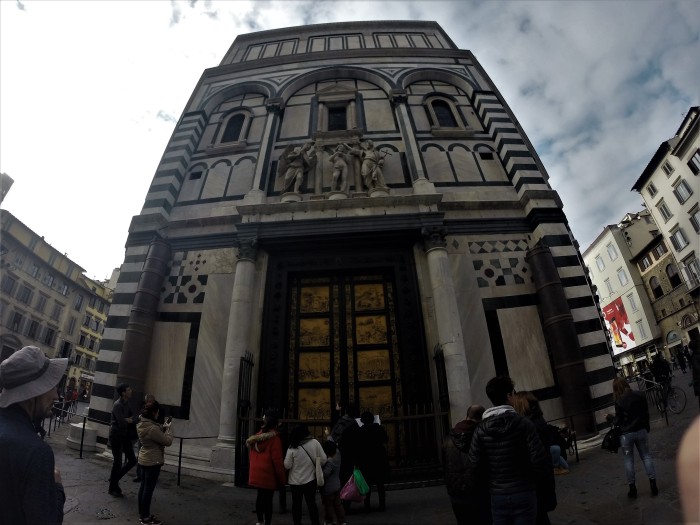 Fashioned between 1425 and 1452, the bronze relief work on these panels depicting Biblical scenes is truly without equal. 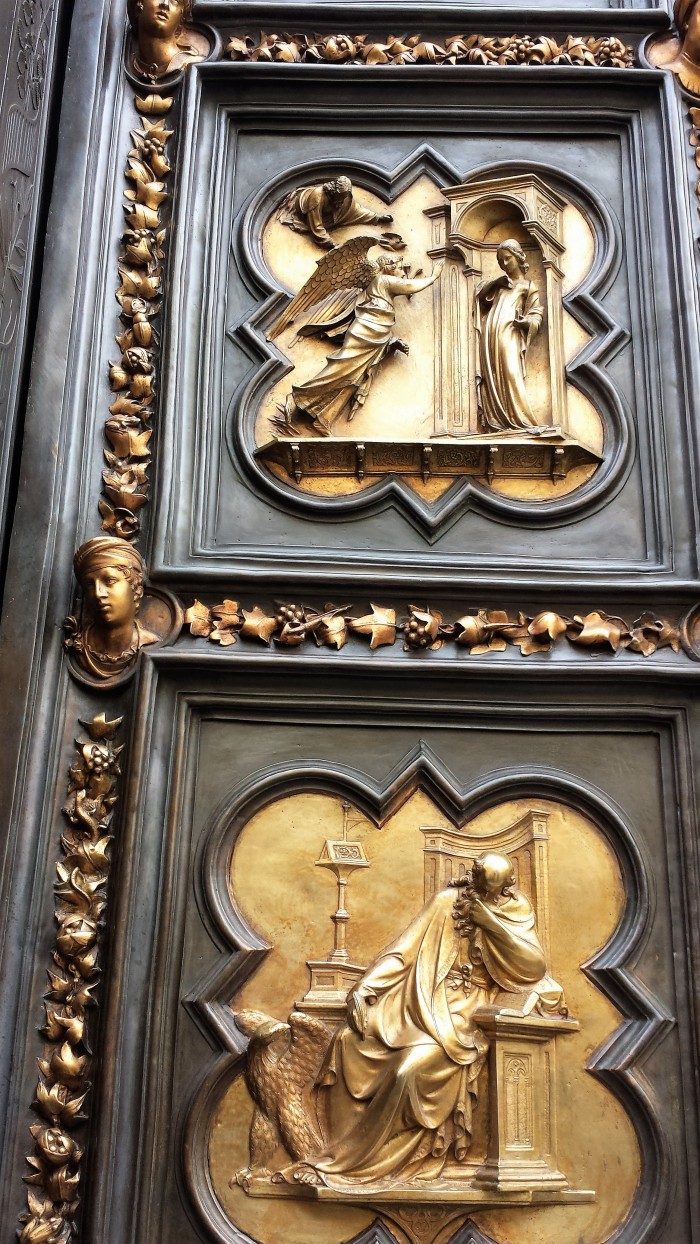 It had a profound influence on other artists and altered the course of art history. It was superlatively praised by Michelangelo, among others.

(Yes, this post is in three segments. Keep a-reading.)

A blur of a California Scrub Jay in flight at the Antioch Marina
Red Bird in Antioch, CA
Wildflowers in Antioch
Shy Mouse living in Alston Park in Napa, CA
Napa Sunset
Napa Wine Country
Right back at ya!
Monastery Beach
California Coastline in August
Cruising Terns at Carmel River State Beach
Pelican coming in for a landing at Carmel River State Beach
A pelican about taking off at Carmel River State Park (July) @castateparks #CAStateParks
This pooch was being "walked" by his owner who was paddling around the lagoon in a kayak. The pup was gleefully running and jumping along the cliffs with abandon. (July)
Pelican Horizons
Sea detritus. Is that a dolphin rib??
Abstract Anemone Art
Waving at Monastery Beach
Quizzical Quail.
Heron Sentinel
Seagull standing on it's dinner plate.